The National Institute on Drug Abuse (NIDA), the American Society of Addiction Medicine (ASAM), and similar organizations define addiction as a complex condition (often stated as a brain disease) that is characterized by compulsive substance use in spite of detrimental consequences. People with addictions, or substance use disorders, maintain a very strong pattern of using their substance of choice even though they know it will cause them problems.

Earlier conceptualizations of addiction were heavily influenced by physical dependence on drugs or alcohol being the defining characteristic of addictive behaviors. This was essentially the development of a withdrawal syndrome when someone stops or cuts down on use of a substance.

How Are Addictions Diagnosed?

The Substance Abuse and Mental Health Services Administration (SAMHSA) estimates that 19 to 20 million people in the United States suffer from some form of substance use disorder.

The diagnosis of a substance use disorder is based on behavioral criteria that are formulated into diagnostic symptoms by APA. In order to be diagnosed with an addiction, a person must meet a specific number of these diagnostic criteria, and the substance use must also result in the person experiencing significant distress and/or impairment in everyday functioning.

There are no medical tests that can be used to diagnose any type of addiction.

What Is Physical Addiction?

Older notions concentrated on the physical aspects of withdrawal as defining features of addiction. Even today, the term physical addiction is used to primarily refer to two aspects of addictive behaviors that commonly occur in substance abusers: tolerance and withdrawal. Tolerance is a common result of repeated use of a drug. When you continue to use a drug on a regular basis, your body makes adjustments by increasing its production of hormones and neurotransmitters that offset the effects of the drug. Use of the drug itself results in an increase or decrease in certain hormones or neurotransmitters.

Over time, the effects of the drug are counterbalanced by the adjustments your body has made. You will then need more of the drug to get the same effects you once received.

In people who regularly abuse substances, tolerance means they take larger and larger amounts of the drug but get diminishing returns on its effects. Their bodies continue to offset the effects of the drug, so they experience less of a high while taking more of the drug.

What Is Physical Dependence?

A withdrawal syndrome occurs from chronic use of many different drugs. As described above, your body produces certain hormones and neurotransmitters that act in opposition to the effects of the drug.

When you stop taking the drug or significantly cut down on the amount you use, it results in severe discomfort. The higher levels of hormones and neurotransmitters your body is producing result in physical symptoms like nausea, vomiting, heartbeat irregularities, fever, chills, sweating, pain, and even seizures, in some cases.

In many cases, withdrawal syndromes are so severe that users continue to seek out their drug of choice just to avoid withdrawal.

What Is Psychological Addiction? Based on some of the older notions of addiction, a psychological addiction means that the person does not experience significant physical withdrawal symptoms when they cut down their dosage or stop using the drug.

Instead, they primarily suffer from emotional symptoms. Psychological symptoms include cravings, depression, anxiety, trouble sleeping, and problems with concentration.

Someone who is severely nauseated and ill will often also be emotionally distraught. Psychological symptoms like anxiety and depression are known to have complicated physical mechanisms that contribute to their severity.

Is It Possible for a Substance to Be Habit-Forming and Not Addictive?

Yes, you can use a habit-forming substance regularly but not be addicted to it.

A substance use disorder (an addiction) has the following features:

Based on these criteria, people who only use a specific drug for medical reasons and according to the instructions provided by their physician would not be diagnosed with a substance use disorder, even if they develop tolerance and withdrawal. Medicinal use of a substance is not considered to reflect addictive behavior.

When the person begins to lose control of their use of the substance and to compulsively use it in different contexts, they have developed a substance use disorder.

You may habitually drink caffeine and feel lousy when you do not get your cup of coffee in the morning, but that does not necessarily mean you have an addiction. Remember that your use of a substance must cause significant distress or impairment in functioning, and you must demonstrate noteworthy problems controlling your use of the substance over different instances.

You can use certain substances, like caffeine and other drugs that could be considered habit-forming, but not struggle with addiction to them. On the other hand, you can be diagnosed with a caffeine use disorder (a substance use disorder as a result of caffeine use) if you met the diagnostic criteria for that disorder based on your use of caffeine.

If you are concerned you have developed an addiction to a substance, that concern itself is a sign that you should speak with a licensed mental health care professional. You cannot diagnose yourself, and substance use disorders require an evaluation and formal diagnosis from a medical professional.

The following are other general signs that should be concerning:

The Modern Definition of Addiction

Ultimately, today’s definition of addiction doesn’t account for substance use disorders that are purely physical or purely psychological. Instead, addictions include elements that are both physical and psychological.

Physical dependence, illustrated by withdrawal symptoms when not using the drug, requires specialized medical care to ensure a safe and comfortable withdrawal process. If physical dependence is not present, medical detox is generally not needed. That being said, the supervision and support of medical detox can greatly help to prevent relapse during the particularly vulnerable phase of early recovery when a person first attempts to go without their substance of choice. 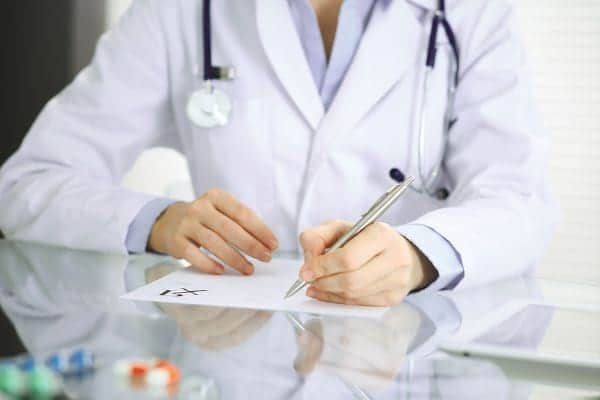